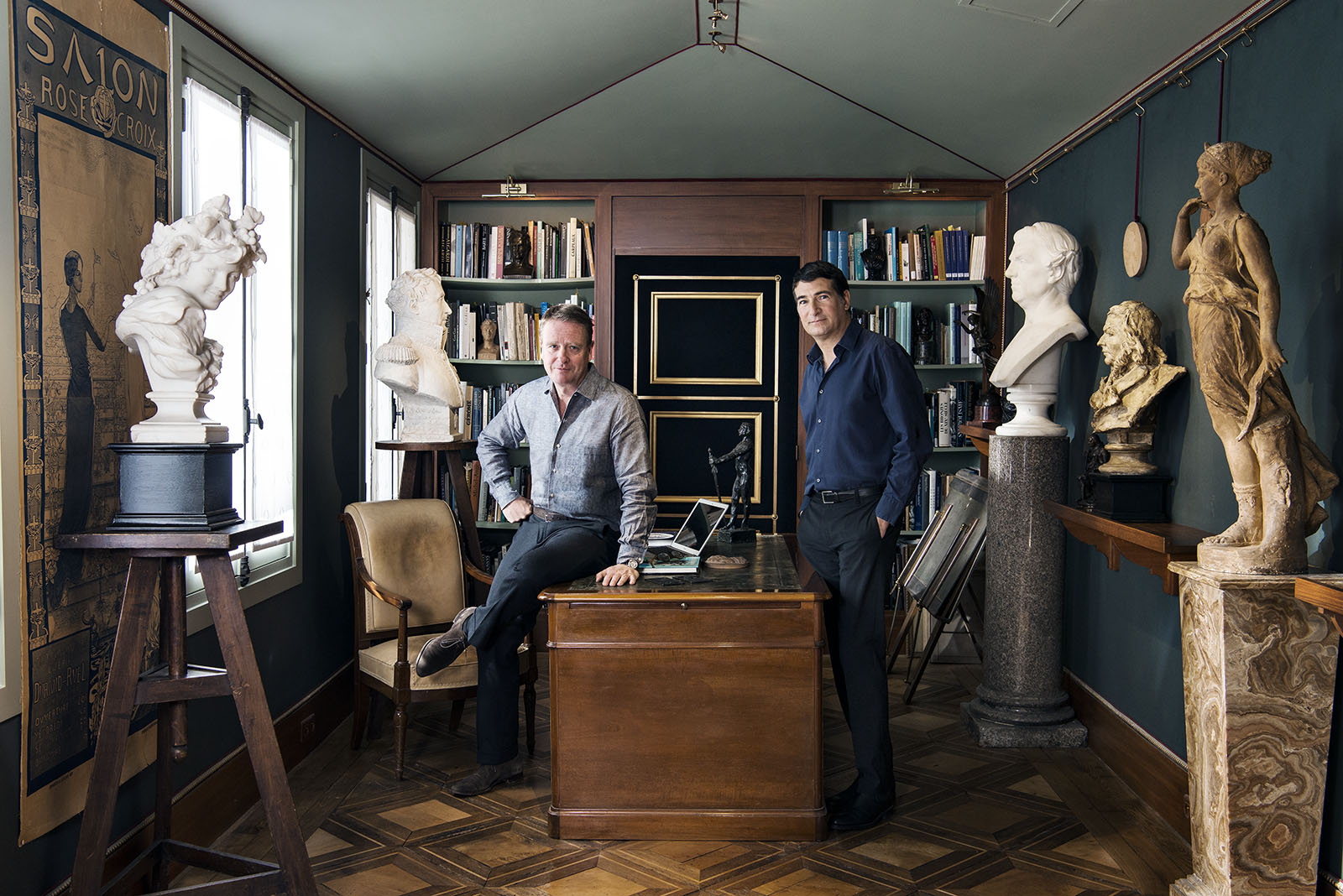 Trebosc + van Lelyveld is a gallery specialized in European sculpture from Renaissance to the beginning of the 20th century, in marble, bronze, terra cotta and plaster.

Founded in 1992 in Amsterdam, the gallery moved to Paris in the first arrondissement, near the Palais Royal several years ago after a period in New York. We opened a new space in 2012 designed by the French architect Jacques Garcia, in the piano nobile of a 17th century townhouse where the philosopher and prominent figure of the Enlightenment, the Baron d’Holbach (1723-1789) held his famous salon.

From 2007 to 2014 we took part to the International Fine Art and Antique Dealers Show (IFAADS) in New York with David and Constance Yates. Since 2007 we participate in The European Fine Art Fair (TEFAF) in Maastricht, and for the first time in 2016 we will be at the Biennale des Antiquaires in Paris.

Alfred van Lelyveld and Olivier Trebosc are both art historians, educated in Paris at the Ecole du Louvre.